prevue:
13th of December after the holy mass starting at 8pm

The Intervention of Pavel Mrkus is opened from the 13th to the 20th of December, not only during the divine services but also from 6pm to 8pm on Monday, Friday and Sunday and from 6pm to 9.30pm on Tuesday and Thursday. “Rain down, you heavens, from above, And let the skies pour down the Righteous;
Let the earth open, let them bring forth the Saviour.” These are the words of Isaiah’s yearning call that open time of advent in the Old Czech Advent Prose (Rorate coeli). Every morning mass during advent is opened by them, they frame the time of waiting for the arrival of Christmas. These are the words of beseeching, they are apprehensive, spoken in anxiousness, almost menacing, apocalyptical. In any case the message they carry within them is of a completely different atmosphere than the one that is imposed on us as the sickly sweet caramel of Christmas carols which, beyond any logic or reason, tries to stick to us from every Christmas-decorated corner. Given the current depressing international political situation the contrast manifests itself even more imminently than in previous years.

In this context Pavel Mrkus and his intervention “Kinesis” comes to the church of St. Salvator. It is the biggest contemporary art intervention in the ancient space by the Charles bridge. The elementary, and only visual, motif of Mrkus’ monumental video projecting onto the temple vault is of falling water. Transformed shots of the Dettifoss falls that the author captured in Iceland this summer with the thought of this art intervention in mind. By no means is this only an illustration of advent time; many associations that suggest themselves were not expected by the author himself at the time of capturing these shots. As he says, in the design layout he “was not interested in a narrative, but in a moving image, the extension of a fresco. The scene visually refers to the baroque forms of architecture, to illusive painting and to ornaments, that create the impression of cyclic dynamic movement. It is specific and abstract at the same time as it connects the geometry of the vault arches with the ornamental stucco. “

The multi-layered motif of water, it’s numerous symbolic interpretations, it’s unexpected links that reveal themselves characteristically only in this Jesuit space of St. Salvator and in the specific time we live in, will be left upon each visitor to ponder and grasp. One further point: the name Kinesis refers to the Greek term meaning movement. Today it is used mostly in physics as  “kinetic energy”. Kinetic energy manifests itself on a large scale, from the macrocosmic bindings of planetary systems to the molecular or atomic bindings of particles. This energy is quantifiable only in relation to a reference point, its centre could well be the observer.

Pavel Mrkus captured the Dettifoss waterfalls of Iceland while working on the Frontiers of Solitude project, organized in cooperation with Školská 28: frontiers-of-solitude.org. We would like to express our gratitude to AV Media company for their generous support of this project and also to the Faculty of arts and design UJEP Ústí nad Labem. 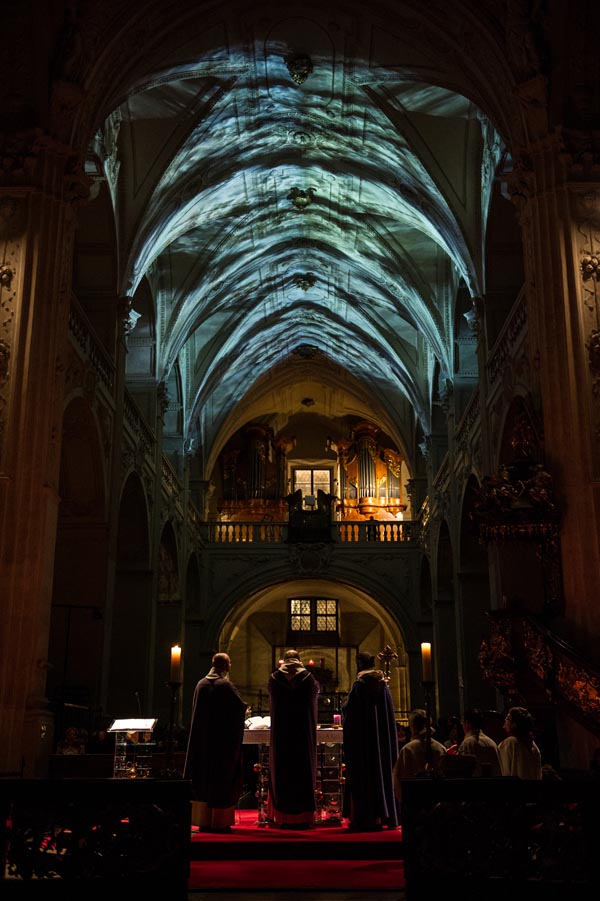 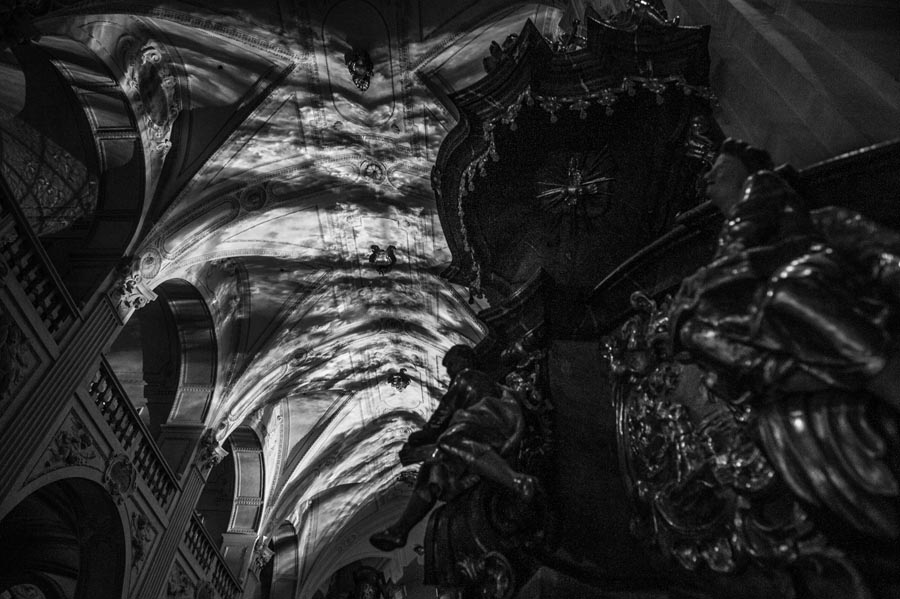 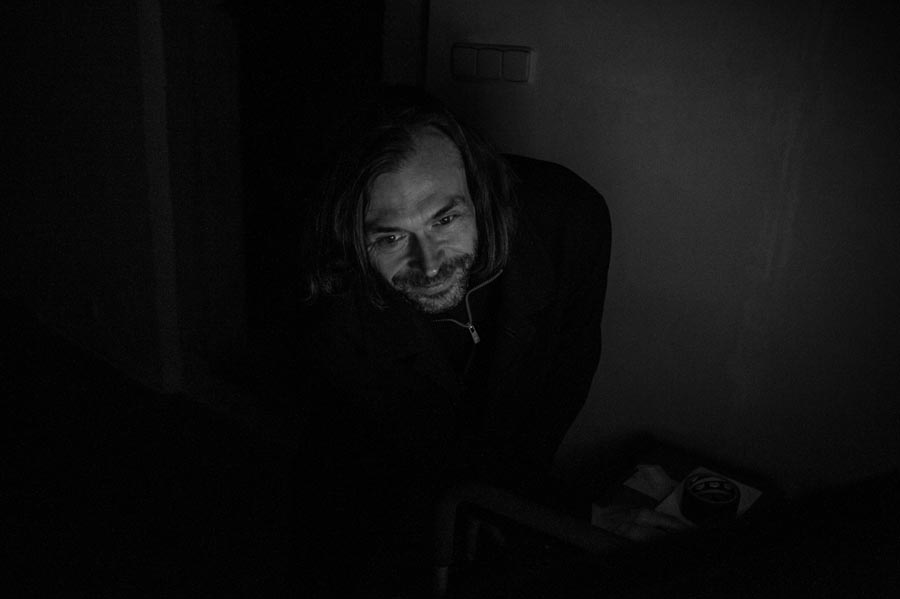 Pavel Mrkus (*1970)  is an Academy of Arts Acrchitecture and Design in Prague graduate (1989-1995, prof. V. Kopecký). He worked in Toyama, Japan as a university teacher for a long period of time. There he formed his distinctive discourse, combining the use of sophisticated digital technologies with the effort to communicate spiritual impulses that arise from the western European tradition as well as from the Far-east spirituality. He has held a strong position in the international art scene ever since the Venice Biennale. His striking position in the current art context is repeatedly confirmed by his participation in many highly acclaimed projects (eg. group performance “Once is Nothing”, Brussels Beinnale in 2008, “New Mystics” in the Centre of Contemporary arts in Tenerife, 2006). To mention from recent independent exhibitions: Radiolaria, The Gallery of Emil Fila in Ústí nad Labem, 2015, Velký Render, Die Aktualität des Schönen… in Liberec, 2014, Next Planet, The Brno house of Arts, 2011. Pavel Mrkus is currently the head of Time-based media atelier with Daniel Hanzlík at the Faculty of Art and Design of Jan Evangelista Purkyně University in Ústí nad Labem. He is the university’s dean since 2005.