It is a strange thing this grey, 7m high dark box standing straight in the middle of the fully lighted Monastery Church in Slaný, a small medieval town near Prague. The inside of this Casa Sancta or Holy House, used to be full of gold, but almost empty now, with its interior once totally destroyed by the communists. Only the small black statue of the Virgin Mary with Baby Jesus survived. Once people used to come on pilgrimages from all around. The interior pretended to be the copy of the house where the Archeangel told Mary she will beget a son. It is in a way a sophisticated piece of art, a sacred theatre, to bring closer to the people the pivotal idea of Christianity: a spatical image of the Incarnation.

‚Collected Silences‘ by Kim Byoungho is a sound installation reflecting the environment. The interface is an electrical circuit that links one wire to another. It’s a metaphor and an abstract notion to describe the interrelationship between us, between the past and present.

‘Space and humans, and objects exist for each other.  A given space is what materializes the surroundings and the relationship built over a period of time. The space has been there for a few days or thousands of years and built innumerable relationships. Sometimes as the fountain of life, sometimes as a political refuge, sometimes as a backdrop of greed. Even more noticeable is a space with a pre-determined objective and has relationships built around it. I connect them with lines. And I connect their sounds.  The sound of silences.‘ (Kim Byungho)

The site specific intervention of Kim Byoungho at Casa Sancta in Slaný is also a contribution to the efforts of the Carmelite monks to fill this currently destroyed but however strong place with a renewed contemporary spiritual life.

The coorganiser and host is the Most Holy Trinity Monastery of the Discalced Carmelites led by the Prior David Peroutka OCD, the intervention is provided by the Subprior Pavel Pola OCD and Helena Kohlová. Special Thanks to Jana Tomášková. 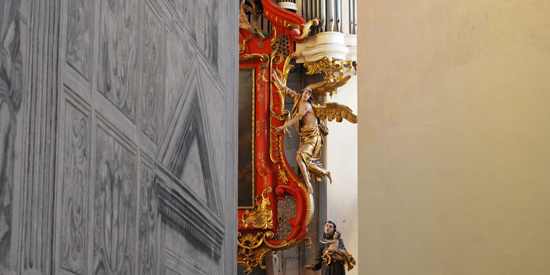 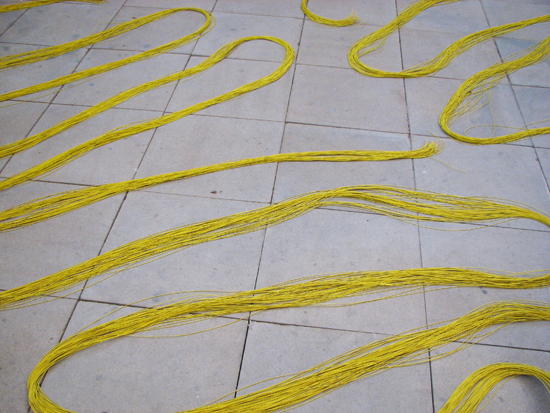 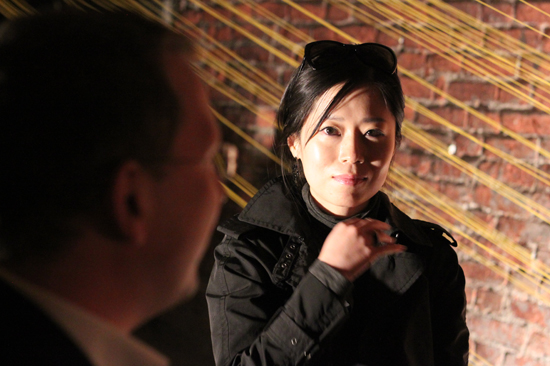 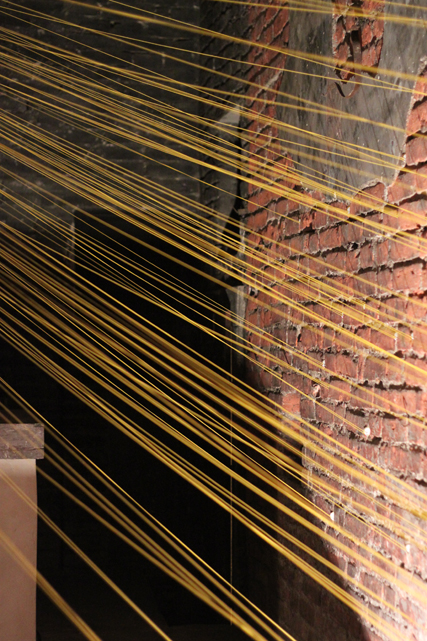