It should be noted at the very beginning that the procession banners which were carried into the middle of the nave of the academic church by the Charles Bridge on Ash Wednesday, March 5th, are by no means traditional. They do not add another expressive colourful layer to the exuberant baroque interior. They depict no saint, no burgess society or fraternity emblem, no pious quotation. Their colours are reduced to values of black and grey.

They might even seem disturbing at first sight. That is, however, precisely how they “introduce” us to the given liturgical season, as their title suggests. A lot is artistically indicated by the “partitioning” in the horizontal compositions as well as by the strict spatial arrangement along the main axis of the church. This year’s Lenten intervention is also exceptional by not being related primarily to the architecture of the church, but rather to its visitors. The canvases loosely dangle in the space just above the people’s heads.

As if the colours and the horizontal rendition of the picture plane were introducing the commonness of the human life in the church; perhaps also the widespread incapability to at least catch a sight of that “horizon of horizons”, the vertical line that many people are genuinely afraid to give a simplifying or overly unambiguous name.

In sight of this year’s conspicuous intervention at the St. Salvator it might sound paradoxical, but an acute observer will notice that Jaromír Novotný is an advocate of simplicity and reduction, of freeing oneself from great speculations and gestures; an advocate of persistent effort, concentration on a specific task and detail. The above mentioned horizontality in Novotný’s paintings is constantly searching, volatile, as if moving, vibrating up and down from one image to another. Jaromír Novotný’s work is certainly multilayered not only with regard to the process of its creation.

The row of banners ends before the altar stone. Behind it towers yet another spatial image, Dientzenhoefer’s golden “Throne of God”. Everyone is thus invited to choose their own image, their own place and perspective of the church and its affairs; they are invited to contemplate the inaccessible; to contemplate separation, whether it be the permanent or the temporary one. 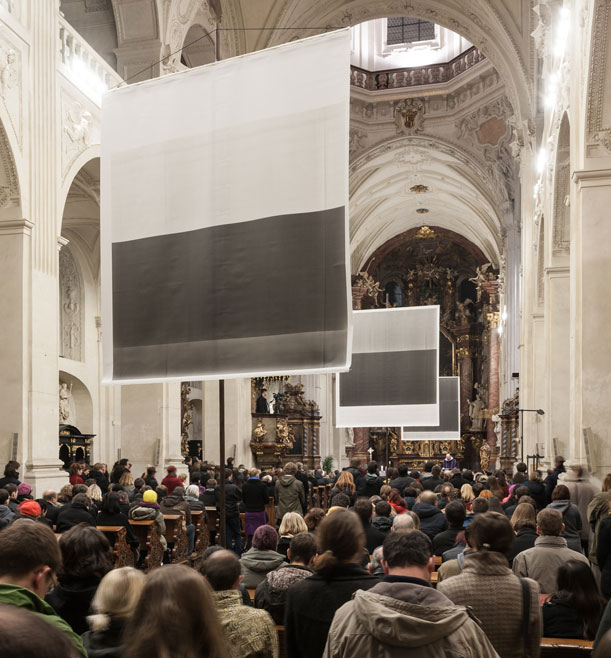 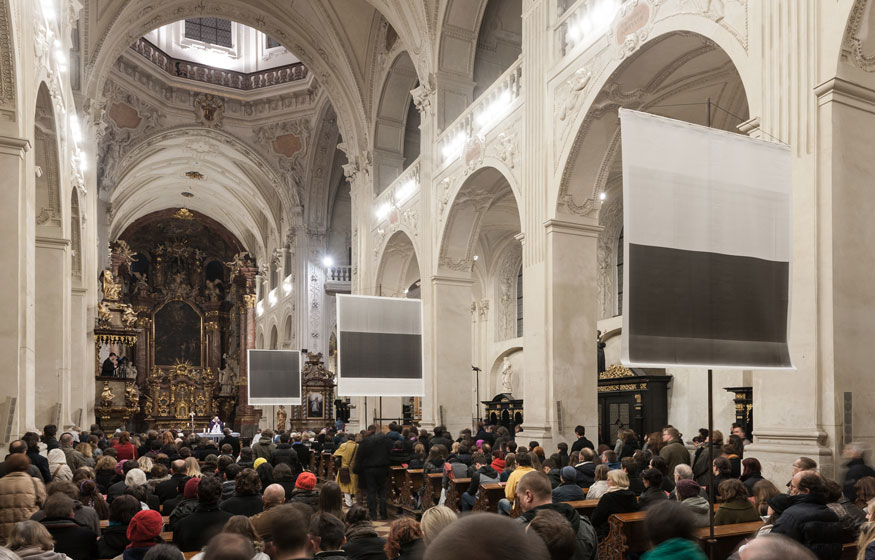 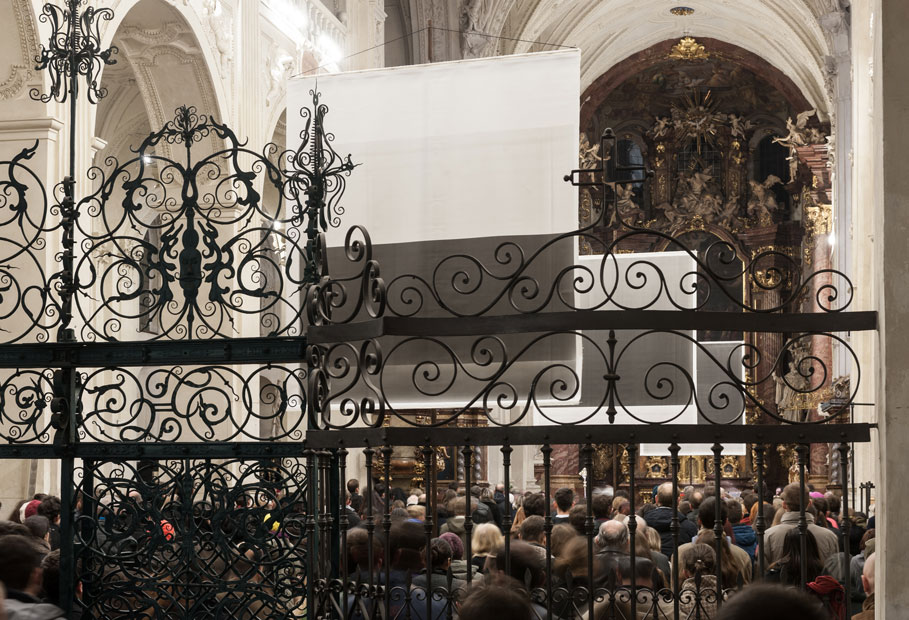